“Jewish education in the Former Soviet Union.” Only some 30 years ago, the phrase was a mere oxymoron. Formal Jewish education in the USSR had been crushed in the mid-1920s. My grandfather Meyer, z”l, born in 1918 in Mozyr (today’s Belarus), started cheder at the age of four, as did all Jewish boys in the Pale of Settlement. By the time he turned six years old, the cheder had been closed down and the teaching of Hebrew and Jewish tradition had been banned.

Fast forward to 1967 when Israel’s resounding victory in the Six-Day War infused hope and pride into the hearts of numerous young Jews in major Soviet cities. As a result, a network of informal underground groups focusing on the study of the Hebrew language, Jewish history and tradition started springing up in major Soviet cities. In Moscow, Leningrad, Riga  and other major cities, these study groups were led by activists motivated by a newly reawakened feeling of pride in being Jewish. They were supported by the Soviet Jewry movement in Europe and the US, with emissaries smuggling in Jewish and Hebrew textbooks and literature, tapes with Israeli and Jewish music, Judaica items, kosher food, and more. For lack of space, underground groups would usually meet in people’s kitchens. It was in one of those kitchens that Natan Sharansky, a role model for a generation of Jewish activists, who endured 9 years in a Soviet prison before being released, learnt his Hebrew. While the study of Hebrew or Judaism was never outlawed by letter of the law, Soviet authorities persecuted Zionist activists under various pretexts such as engaging in anti-Soviet propaganda and even charging them with treason (e.g.  Natan Sharansky).

Despite the dangers incurred by teaching or even studying Hebrew, between 1967 and 1989, the underground study groups were the only lifeline between Soviet Jewry and the wealth of Jewish knowledge. A minor exception were the far-flung provinces of the Soviet Empire (Uzbekistan, Georgia), where the reach of Soviet ideology was somewhat weaker than in major population centers. It was in Samarkand and Tbilisi that Jewish boys still received some form of traditional Jewish education without enduring harassment. Yet neither the Zionist underground nor the cheders of Central Asia could educate a generation of Jews, cut off from their roots by decades of Soviet rule.

This all changed in 1985 when Gorbachev introduced perestroika. A policy meant to kickstart the ailing Soviet economy became transformed into a broad movement for political and religious freedom, and led to the opening up of borders and minds. In the late 1980s, the repression of Jewish education ended. It also stopped being an oxymoron. Sunday schools, summer camps and Jewish day schools appeared as if out of the blue. Abundant funding came in from overseas. The Jewish Agency for Israel and the American Joint Distribution Committee, Chabad and other organizations enthusiastically entered what was previously forbidden territory, running community events, distributing educational materials, teaching Hebrew and organizing Jewish educational programs in both formal and informal settings. 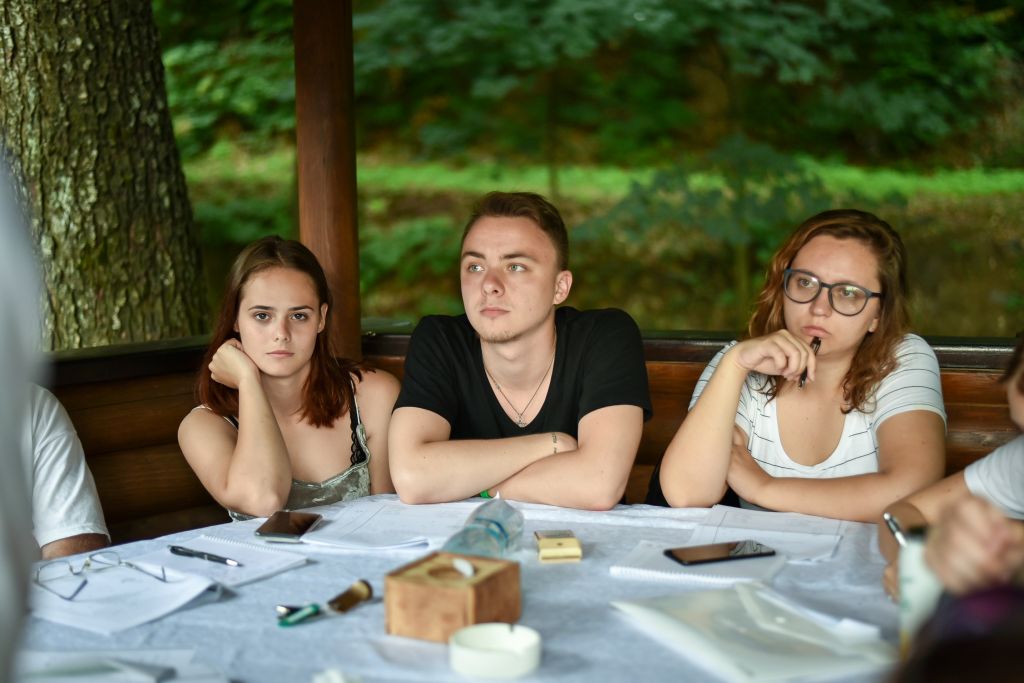 arting in 1991, Midreshet Yerushalayim, part of The Schechter Institutes, developed a presence in the Soviet Union. Encompassing  a network of schools, communities and family and summer camps, today Midreshet Yerushalayim serves some 1,000 children, teens and adults of all ages, connecting Jewish families in Ukraine with Israel, Judaism and each other. Its flagship project is Camp Ramah Yachad, Ukraine. Modeled on the North American Camp Ramah, the Ukrainian camp offers Jewish children from across Ukraine ten days of fun while they enjoy a nurturing, joyous Jewish community environment. Through informal Jewish Zionist educational and cultural programming, campers learn about Israel and connect to the Jewish people as a worldwide family. The camp is staffed by counselors, both Ukrainian and Israeli, who are typically Ramah Yachad graduates themselves. Camp Ramah Yachad unfailingly creates magic. Most campers grow up without any meaningful Jewish background and it is at Ramah Yachad Ukraine that they first experience the magic of Shabbat, start to explore the treasures of Judaism and develop a connection to Israel.

Jewish education in the FSU is now widely available, yet its main challenge is continuity. Overseas funding can no longer sustain the educational needs of Jewish communities in the post-Soviet space. If Sunday schools, day schools and camping programs are to continue, local communities have to find creative ways to fund them locally. Some communities have already taken up the challenge, collecting membership fees, donating equipment and fundraising from local residents. Paying for camp, however nominal the fee, is another necessary step that has been in effect for a number of years at Camp Ramah Yachad Ukraine.

Another, connected, challenge, is educating the educators. The future of Jews anywhere is guaranteed only as long as there are local community members who can teach classes on Jewish history, tradition and Hebrew, read from the Torah, lead prayers, and inspire others to be part of the Jewish people. Since Jews continue leaving the FSU, either for Israel or other overseas destinations, the goal of every community must be to run ongoing educational programs that will develop local expertise in informal education. This way a critical mass of knowledgeable educators will always be there, on the ground, to teach others. 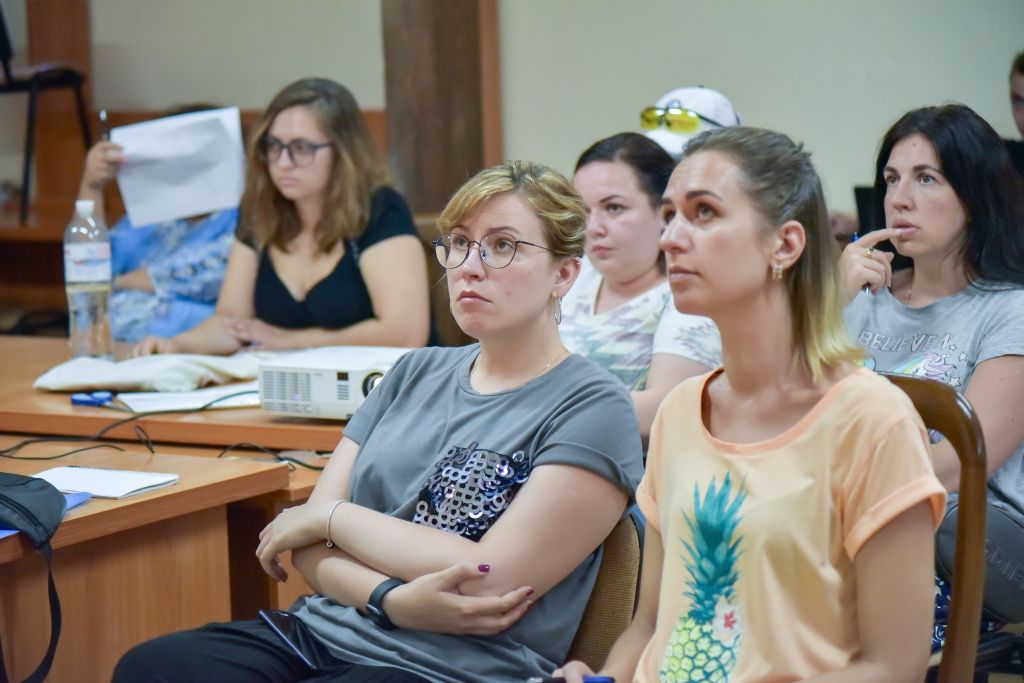 Thanks to a generous donation from the Pincus Fund for Jewish Education, communities in Ukraine are afforded an opportunity to preserve – and expand – the circle of Jewish educators who have the tools and the passion to pass on the knowledge. Starting in the 2018-2019 academic year, the Pincus Fund partnered with The Schechter Institutes in creating a program of long-distance learning courses to accommodate the growing needs of Jewish education in Ukraine. From February to June 2019, 72 educators and activists participated in three courses covering the basics of Jewish history, Bible, and prayer. Taught by top scholars and educators, the courses deepened the teachers’ expertise in these areas and equipped them with the didactic tools to convey this Jewish knowledge in the classroom, in summer camps and in other educational settings. The highlight of the program was a Learning Marathon, held in late June, 2019. With few professional networking platforms available to Jewish educators in Ukraine, the Learning Marathon offered a rare opportunity for peer-to-peer exchange and created a feeling of solidarity among Ukrainian educators and visiting Israeli scholars.

From a complete ban on teaching Jewish tradition, to underground Zionist and Jewish study groups, to summer camps and intensive programs for educators – Jewish education in the Former Soviet Union continues to develop.

As is said in the well-known teaching from Ethics of the Fathers: “It is not incumbent upon you to complete the task but you are not free to desist from it either.”

This is the guiding principle of The Schechter Institutes’ work in Ukraine, and in Israel. We are grateful to the Pincus Fund for a fruitful partnership, and are looking forward to another project year of educating educators – for the sake of an assured Jewish future.

Anya Segal is the Director of Development for The Schechter Institutes. 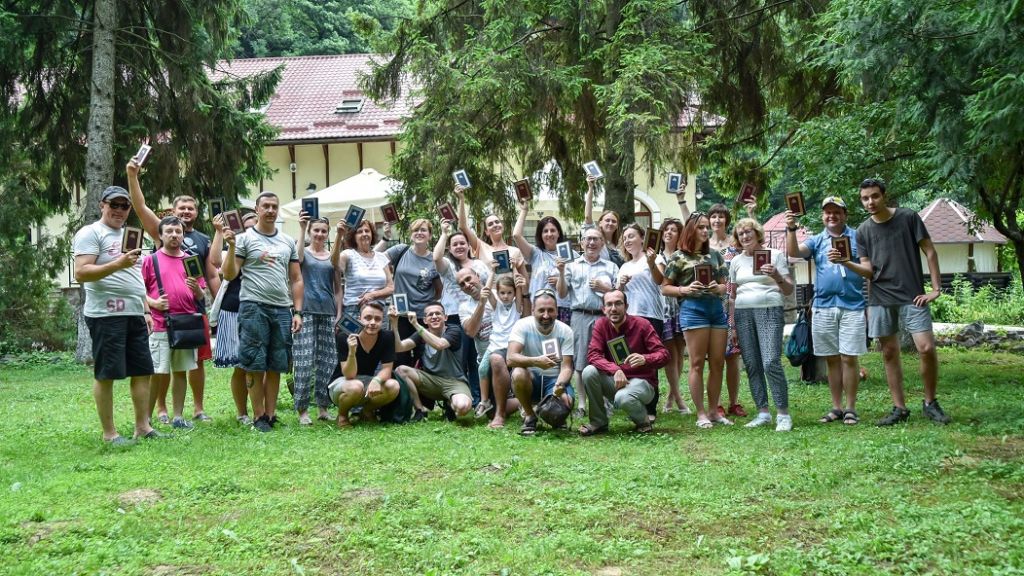