Let My People Know:  The Steinsaltz Approach to Jewish Education

It is often said that “knowledge is the key to success.”  However, in Judaism, to “know” is not straightforward, leaving so many feeling despondent and disconnected.  Prevalent attitudes among many modern Jews is that the traditional Jewish texts that make up the vast library of Jewish knowledge and wisdom are archaic and inaccessible, leading them to believe that Judaism is not for the “everyman,” but rather reserved for those who dedicate their time to its rigorous study. Even more common, and unfortunate, is the view that central texts, such as the Talmud, are dusty relics that are irrelevant to our modern lives.

Still, the desire to hold onto an ingrained sense of identity that stretches back for many generations persists in the Jewish psyche.  Jewish educators then have the important task of finding ways to make Jewish texts speak to new generations, no matter how esoteric or foreign the books may initially seem.

“Many young Jews don’t feel totally at home in their Jewish lives,” says Rabbi Michel Falk, who was once a student of trailblazing educator Rabbi Adin Even-Israel Steinsaltz and now serves as the head of the Steinsaltz Yeshiva in Tekoa, Israel. “Many young Jews feel that a Jewish life is something that belongs to their grandparent’s generation, or to the rabbis in the synagogue, but it’s not something accessible to the personal life of the common Jew. And that is the challenge we have today – how to help young students understand that they, too, can really ‘own’ their Judaism.”

Owning one’s Judaism is a hot topic, as there are many approaches to life that at first seem more attractive than a tractate of Talmud referencing obscure religious laws or detailing baffling conversations between ancient rabbis.  At the Steinsaltz Center, a simple motto encapsulates the religious philosophy that Rabbi Steinsaltz has espoused for decades: “Let my people know.”

After establishing the Center in Jerusalem in 1975, Rabbi Steinsaltz embarked on a mission to do just that.  In the years since, a multitude of yeshivot and Jewish Learning Centers, including the well-known Yeshivat Makor Chaim, have been established around the world, each focused on educating Jews from all walks of life according to this inclusive philosophy.  Today, the “Steinsaltz learning method” continues to be applied across the educational spectrum, making core Jewish texts more accessible, and more meaningful, to any Jew willing to learn.

“Rabbi Steinsaltz revolutionized how we learn, opening up the whole Torah – including the Mishna and the Talmud – to all like never before, inspiring many other institutions and teachers to follow his approach,” says Rabbi Ariel Holland, a disciple of Rabbi Steinsaltz, who is responsible for setting the ethos at the Steinsaltz Center and its many educational institutions.

When speaking with the teachers at the Steinsaltz yeshivot and learning centers, a common thread comes to light: many are former students of Rabbi Steinsaltz who only truly fell in love with Torah and their Judaism after his teachings made them accessible.

“I discovered that Judaism is not just a system of laws or a national identity, but rather a combination of thought, experience and emotion,” says Rabbi Yonatan Gutman, the principal of Yeshivat Shefa in Jerusalem. “Rabbi Steinsaltz was able to open my eyes to this world.”

Rabbi Gutman also acknowledges that it is important to retain the balance between rules and law, and the emotion and individual thought that accompany those stricter elements of Jewish life.

“We live in an era that has no borders, and yet, Judaism is built on borders and laws. How do we anchor these values in an age without limits?  In order to teach a new generation, we must encourage questions, thoughts and opinions from our students, even if they are hard to hear or difficult to answer.”

The Steinsaltz method seeks to pull back the veil obscuring these texts and encourage students to find their way to the peshat, or simple meaning, by blazing their own trail in the pursuit of Jewish knowledge.

“We as teachers are there to guide, but the student has to learn and explore for themselves,” says Rabbi Holland. “The Steinsaltz method is the perfect crossover between the traditional and the modern world. It is up to the modern student to translate the language of thousands of years ago, as used by the Torah, into language they know and feel, that can speak to them personally today.”

Early on in his career, Rabbi Falk learned that his students were often hesitant to challenge accepted approaches to Jewish learning in favor of developing their own understanding. This phenomenon, of young, dedicated yeshiva students learning their Judaism in an unquestioning way, is very common in the religious world.

“Rabbi Steinsaltz used to tell us, ‘Don’t come to me with a nice Dvar Torah that you heard from a rabbi somewhere,’” Rabbi Falk explains. “Instead, he would say, ‘come to me with a challenging question.’”

The Steinsaltz philosophy is rooted in the importance of questions as an educational tool, as they are uniquely personal.  By asking questions, and receiving targeted answers, students start to feel like a piece of text is something that they can understand and relate to, instead of something that rabbis with many years of study managed to “figure out,” with unquestioned accuracy.

“Asking questions directly and not just following the words of others enables us to become better people,” says Rabbi Meni Even-Israel, Executive Director of the Steinsaltz Center. “The continuous act of learning by asking practical questions is a crucial principle incumbent on everybody in order to fully grasp the words of the Torah.”

This individualist approach to religious Jewish education is something that has spoken to the young students who have sought out Rabbi Steinsaltz’s guidance for several generations.  Rabbi Yonatan Billet, the Dean at Makor Chaim, remembers how his individualism was embraced by an educator from his youth more than 30 years ago, and how the experience convinced him to become an educator as well.

In the ninth grade, Rabbi Billet found his passion in drama class.  When he was called into the principal’s office one day, Rabbi Billet only assumed that he had done something wrong.  Instead, the principal praised his talent and encouraged him to continue to thrive as an actor and integrate acting into the learning program.

“The very fact that someone points to you and says, ‘wow, you’re special, you’re different, there’s something unique about you,’ it was and is amazing to me,” Rabbi Bilet says with a smile.

Today at Makor Chaim, Rabbi Billet’s students participate in active drama classes that put on a big show each year.  Music and the arts are encouraged at the yeshiva, something that is highly unusual in the Orthodox world.

“Some institutions treat their students as if they are bottles in a store – everyone is replaceable and interchangeable.  And if the students can’t stick to the rules, then they’re out,” Rabbi Billet explains.  “At our schools, it’s the exact opposite.  Our yeshiva changes and grows with the students.  We look at it from a personal perspective and ask ourselves: Who is the student? How can he be greater, and how can we help him get there?”

With the encouragement of individualism straddling the line between following and challenging the rules, and pushing students to ask questions, Rabbi Steinsaltz’s teaching method continues to inspire and revitalize young Jews searching for ways to understand, connect and find meaning.  As his students become teachers themselves, the mantra of “Let my people know” continues to reverberate through the generations and the world of Jewish knowledge is becoming accessible to all.

Ma’ayan Gutbezahl is an author and public relations professional living in Jerusalem. 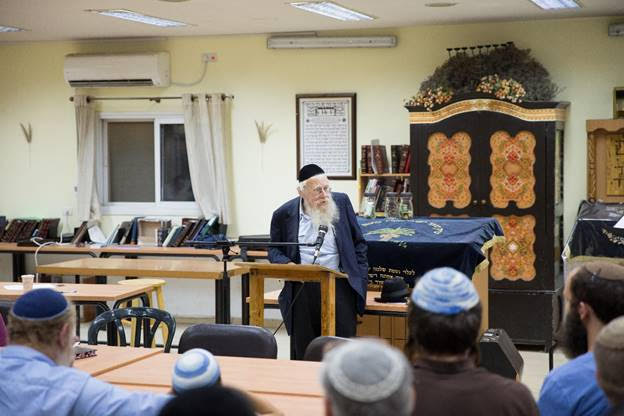 Rabbi Adin Even-Israel Steinsaltz speaks with students and faculty at the Steinsaltz Yeshiva in Tekoa about themes in the weekly Torah portion. 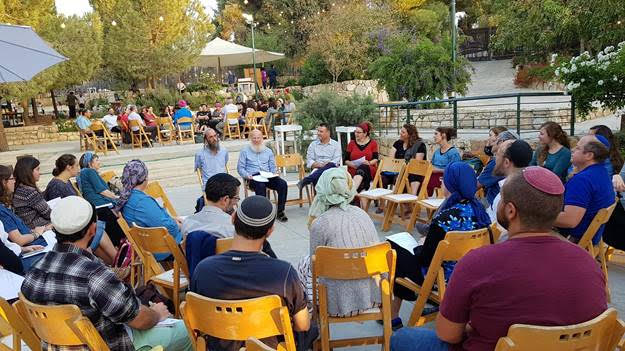 Educators from Makor Chaim share insights into the power of prayer at the institution’s annual Prayer Conference in Gush Etzion.