The Rebecca Play went on the road this summer, straight from its acclaimed run at the Piccolo Spoleto Festival in South Carolina and on to Camp Ramah in Wisconsin.

This 21st century take on the biblical figure of the title was the second theatrical product of The InHEIRitance Project – an initiative exploring modern interpretations of Judaism’s patriarchs and matriarchs.

The Project, created by New York actor and playwright Jon Adam Ross with a grant from The Covenant Foundation, is exploring five such characters in original productions in five cities through next year.

Ross himself is the common denominator in this Piccolo Spoleto – Camp Ramah axis. Besides being a central driver of the play, he is Director of Experiential Education at the camp, supervising creative educational programming.

“Campers and staff here are very well immersed and versed in Jewish study and text, as well as theatre” said Ross, “and so it’s very natural to expose them to The Rebecca Play and receive feedback on our interpretation. It has spurred intense, ongoing conversations here about the universal themes that live within this production.”

Ross created The Rebecca Play along with fellow actor Darian Dauchan and director Chantal Pavageaux. The three did extensive research for the play for much of the past year in Charleston – interviewing and studying with members of the Jewish and black communities, historical scholars, clergy and others to reveal the DNA of a multi-layered city and interpret Rebecca through its prism. 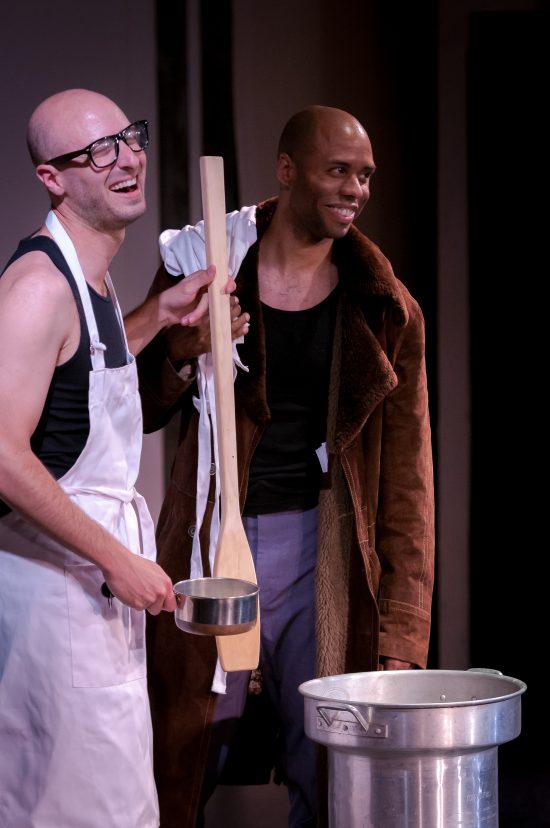 The InHEIRitance Project considers the process of play development to be a product in and of itself. Months of community engagement are poured into the development effort, catalyzing a heightened level of community conversation, study and access rarely included in a typical theater-making process.

This nearly 90-minute, two-person production portrays the deepest and most searing of tensions between Rebecca’s two sons – Jacob and Esau – within the framework of creative and contemporary dramatic vignettes that stare directly at racial and religious relations and divides in Charleston.

Ross, who is white, and Dauchan, who is black, are the two actors in the play, creating a mixed race fraternal dichotomy that poses more questions than answers, a purposeful concoction of challenged assumptions and beliefs meant to spur conversation long after its dramatic climax.

When the play premiered at the Festival in June, the city was approaching the one-year anniversary of the racially motivated massacre at a black church, making the themes of the production loom even larger, often uncomfortably so. 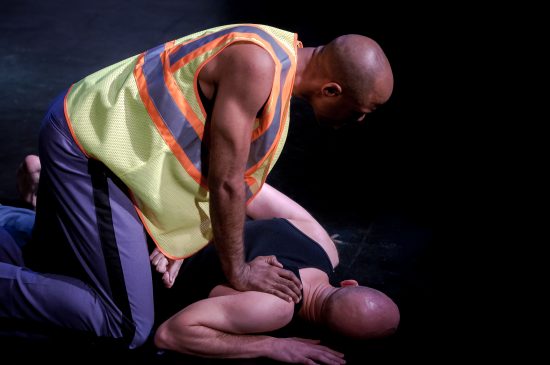 Jewish leaders and others said the trickling effect – up and down – has been palpable and hopefully long lasting.

“As a congregational rabbi and as a day school teacher, I am trying every day to open up biblical text in unique ways, so having talented artists come here to do just that was immense,” said Rabbi Michael Davies of Charleston’s Congregation Dor Tikvah.

“But equally important and remarkable is the way that this play addresses this particular biblical narrative and turns it completely contemporary and challenging. This is exactly the time we want to be talking about racial relationships and such. The fact that it was done in such a powerful way resonated here in Charleston, within both the Jewish and general communities.”

Despite the fact that this is a play that was born in and mirrors Charleston, it touches on common themes derived from the biblical story of Rebecca and her progeny. Its success on a stage in the upper Midwest – at Camp Ramah Wisconsin – is testament to its appeal and capacity to provoke.

“In art, there is a specificity that allows for greater connection even when you may not be aware of it,” said Natalie Blitt, Educational Consultant for Ramah.

“The fact that this is a southern-based play gives it a strength and vividness that only makes it more understandable to others not rooted in Charleston.  The issues that this play unpacks are the same ones that unfold in Chicago or anywhere else for that matter.  It was a gift to have it performed here.” 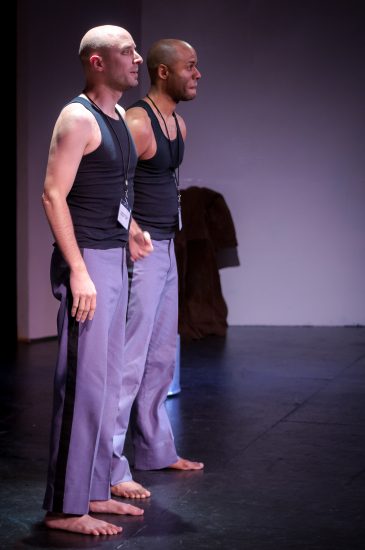 Ross and Dauchan performed The Rebecca Play for about 150 campers and staff members at Camp Ramah in Wisconsin.  The performance catalyzed myriad conversations throughout camp on the outer limits of biblical interpretation as well as race and privilege, Blitt said.

“This is an incredibly valuable piece of social justice theatre,” said Joy Vandervort-Cobb, Associate Professor of African American Theatre and Performance at the College of Charleston, and an advisor on the project. “It was done in a way to make people relate in a way to break down their guards and make them think. American playwright George C. Wolfe said theatre should tickle with one hand and stab with the other, and this is exactly what this piece did.

“Jon and Darian and Chantal came here to make our souls grow. They plead with us to let them grow. But all they can do is bring the seeds. The responsibility is with us, the community, to make sure the seeds aren’t falling on cement.”

The InHEIRitance Project premiered with The Abraham Play in Minneapolis-St. Paul last year.  Additional cities include Austin, TX with The Jacob Play; Kansas City, MO with The Sarah Play; and Seattle, where an interpretation of Rachel and Leah will be developed and performed. For more information, visit www.inheiritance.org.

Glenn Rosenkrantz works with Jewish nonprofit organizations, foundations, and educational groups to tell the world of the successes, impact and replicability of their initiatives. He has served as the media director at JFNA and communications director at the Jewish Community Endowment Fund of the Jewish Community Federation of San Francisco. He is currently based in New York.