What I Learned about Leadership from Prince and Mort Mandel 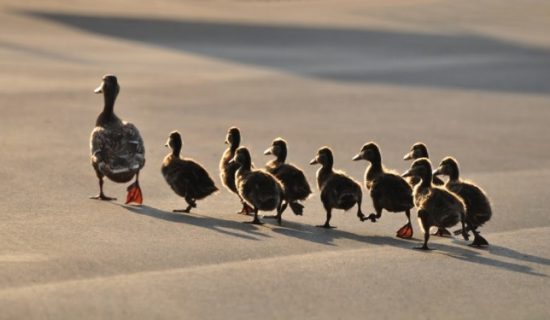 [This is the 13th and final article in our weekly series, “When and how does effective leadership make a true difference?” written by alumni, staff, and faculty of The William Davidson Graduate School of Jewish Education of The Jewish Theological Seminary.]
“They say 2000, zero, zero, party over oops, out of time, so tonight I’m gonna party like it’s 1999!” While the late, great Prince proclaimed wrongly (thank goodness!) that the world was going to end 16 years ago, perhaps he accurately captured the mindset that some in Jewish community leadership roles continue to utilize when steering our communal agenda. That is, one of worry and that we will be “over oops, out of time.” With this worry, perhaps we lead, be it consciously or not, from a place of fear and concern.

This idea can be a strong motivator, one perhaps necessary in the past, but today the result has been to pour financial resources into programs (but not necessarily to invest properly in the leaders and staff who are behind these programs) in hopes one is the silver bullet to secure an engaged and flourishing Jewish polity. It’s ironic, we often characterize ourselves as the ever-dying people, yet we always seem to survive. As a result of this fear, I wonder if we don’t allow ourselves to fully thrive, and therefore fail to reach our full potential.

I’d like to present a different leadership approach, one that I’ve begun to observe in many of our inspiring organizations, one devoid of fear and concern but that rests on idealism, creativity, and business-savvy. This approach has been influenced and inspired further over the past two months by the unlikely combination of the death of Prince, and learning more about the philosophy of work and leadership from the successful business executive and Jewish philanthropist, Mort Mandel.

The lyrics to 1999 aside, Prince was an incredible optimist with an enormous talent for vision and the ability to execute. In reading about him after his death, I was fascinated by an article from Liz Meriwether, a writer and producer for the sitcom New Girl, who shared her experience working with Prince on an episode he helped produce and guest starred in during fall 2013.

In crafting some of the funniest and most memorable scenes in this episode, Liz spoke specifically of Prince’s leadership difference:

“It’s not enough to have extraordinary vision; you have to know how to turn that vision into something that exists in the very flawed, complicated world of human beings and money and phone calls. To do that is an endless battle, especially if what you see in your head is unimaginable to other people. Obviously he could see things and hear things that no one else could, but what amazed me was his ability to defend and cultivate that vision until it became real in everyone else’s heads, until we could all see it too.”

When I read this article, I was in the middle of reading Mort Mandel’s It’s All About Who, in which among all of his prescriptions for effective leadership after 75 years of his own success, he doubles down on the need for a leader to “have the ability to build a (super star) team and to cover the ground that has to be covered to migrate from a plan to realization.” He talks of “intellectual firepower, values, and passion.” In addition, he writes that we should not hire or retain talent unless the answer to the question of “should we have this person on our team?” is an enthusiastic “yes!” Not just a “yes, ok, they’ll do,” but hiring only those we see as superstars. Then, we must invest heavily in their growth. In this way, we lead teams of those we truly believe in and provide them the compensation, resources, and support they need to make a significant difference.

Sometimes “light bulbs” go off when finding inspiration from two sources that would be unlikely to be paired together. For me, it’s Prince and Mandel: extraordinary vision and the ability to cultivate the vision until it becomes real to everyone else, and having the ability to find and retain a team of amazingly talented people that can take that extraordinary vision and develop it into a successful reality.

This is a very different “starting-line,” if you will. This is not starting from the doomsday scenarios of 1999 and the ever-dying Jewish people that must be saved from anti-Semitism, assimilation, or apathy. This is a different practice than accepting the mediocrity of the present as the path of the future. This is an idealistic and exacting approach that can create opportunities and realities for Jewish life beyond our wildest dreams.

Throughout his career, Prince was wildly successful as a singer, songwriter, musician, producer, and actor. Mandel, along with his late brothers Jack and Joseph, has been wildly successful with the Premier Industrial Corporation and the Mandel Foundation, which has invested millions and resulted in tremendous positive impact for Jewish education and community building. We – individuals, organizations, and communities – could all engage in this new, promising view of leadership, one that can help us prepare and nurture a shared future of thriving Jewish learning and living, growth, and activity.

The Davidson School Leadership Commons rests upon and seeks to promote this optimistic and demanding view of leadership, and invites everyone to share their thoughts and ideas, just as our alumni and staff have done through this weekly series over these past 3 months. Our leadership institutes prepare Jewish leaders with the skills of visioning, communicating, and modeling one’s vision, as well as effective staff development and engaging with Jewish texts that guide the nurturing of these skills. Through our publications, research, and conferences, we seek to give voice to diverse and extraordinary perspectives while working to create common understandings and collective action among our leaders.

We seek out those – individuals, institutions, foundations, and communities – who believe as well in the possibilities that the future offers us and have faith in the extraordinary leaders already among us.

We are not “out of time.” Rather the “party” is just getting started. Let’s build a Jewish leadership commons together for the health and success of our Jewish community now and for generations to come, for 2099, 2199, and beyond.

Mark S. Young is the Managing Director of The Leadership Commons of The William Davidson Graduate School of Jewish Education at the Jewish Theological Seminary.